The latest blogs and news from Doug Osborne at City Clinical Hypnosis.

By accepting you will be accessing a service provided by a third-party external to https://www.cityclinicalhypnosis.com/

How You Respond to Stress Is a Key to Management Success

I recently coached an executive who felt she had an unusual problem.

Most of the time, when things were going smoothly, she was a joy to work with – patient, even-keeled and supportive. Her direct reports responded well, and her team was diligent and productive. 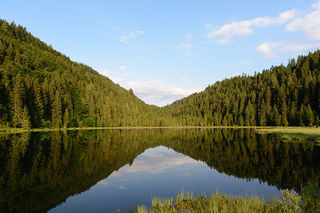 But when things weren’t going smoothly – projects behind schedule, budgets squeezed, her own management not fully pleased and she felt under pressure – her management style changed considerably. She became flustered and short-tempered. She withdrew, wanting to have as little contact with her team as possible, and the whole department developed a reputation for not performing well under pressure.

From her employees’ standpoint it was almost as if they were working for two different people: one calm and a pleasure to work for – and one anxious, overbearing and difficult.

The executive felt her management problems were unusual, but the fact is they’re common. Her challenge was an inability to handle stress.

Or, more specifically, an inability to handle stress effectively and productively.

Many balls in the air. Not surprisingly, managerial inconsistency – hot one day and cold the next (or in this case, calm one day and agitated the next) breeds employee uncertainty and insecurity. Which ultimately leads to employee engagement and retention problems.

The reality is, management is a legitimately stressful role. Anyone who’s worked even a short while in management can attest to that.

Managers at any level routinely have many balls in the air. Many projects they’re responsible for, their own individual work to take care of, plus likely a multitude of relationships to keep on a positive track. Such as? Relationships with their employees, with their own manager, and often with their manager’s manager. Throw in a few other possible key relationships… with customers, with sales reps, perhaps with their CEO… and there are ample opportunities for frustration, conflict and tension.

In short, it’s all too easy to get stressed out – in a quarter century of management I don’t believe I ever met a manager who wouldn’t admit to being highly stressed at some point. The more important factor is how you handle it: keeping it under control and not letting it unduly change your normal management demeanor.

There are numerous well-known tactics to help handle stress (that’s a story for another day, coming shortly), but it all starts with self-awareness. Awareness that stress can cause difficulties for you (as it does for many), and those problems can be unwittingly passed along to those you manage.

As the executive at this article’s outset realized, effective managers don’t want to be two different people. They’d much rather be consistent and in solid control of themselves. But when there is a problem – a management behavior that could be improved – an excellent start is honest recognition of the issue and the desire to take productive steps to change it.

Depression - When someone you love refuses to seek...
Stoptober - How did you do?

*Please note that the time needed to work on a problem can vary significantly from person to person, these examples are provided to give you an idea of the efficacy of Hypnotherapy, but are not intended as an indication of what you might expect personally.